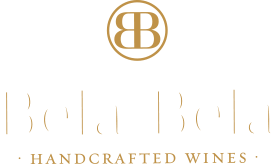 What’s in a name?

Bela-Bela means “the pot that boils” in Tswana. It is a small town in Limpopo, a province in South Africa, known until 2002 as “Warmbaths” in English and “Warmbad” in Afrikaans, thanks to the geothermic hot springs.

The World of Wine team loved the ring of it, as internationally “bella” is connected to beauty. As we honour the beauty of the South African wines by savouring it, all our memories created while drinking it go back to the good things in life.

All Bela-Bela wines were especially handcrafted upon request of World of Wine Belgium, in the Nuy Valley, at the foothills of the Langeberg Mountains, Worcester area of the Western Cape, SA. 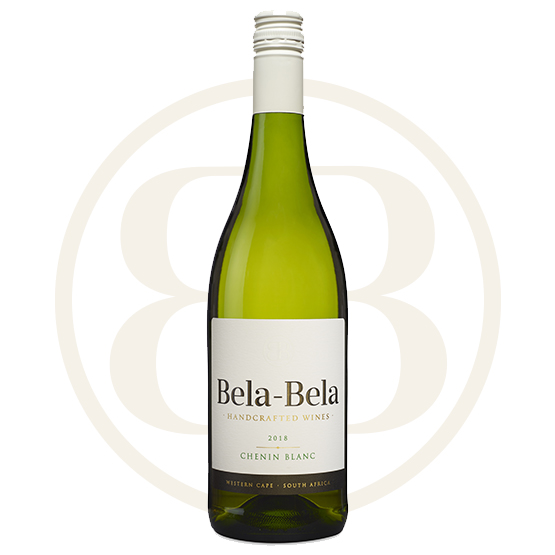 A fruit driven wine, with an abundance of tropical fruit and melon on the nose.

Crisp and dry on the palate, with a fresh and lingering finish. 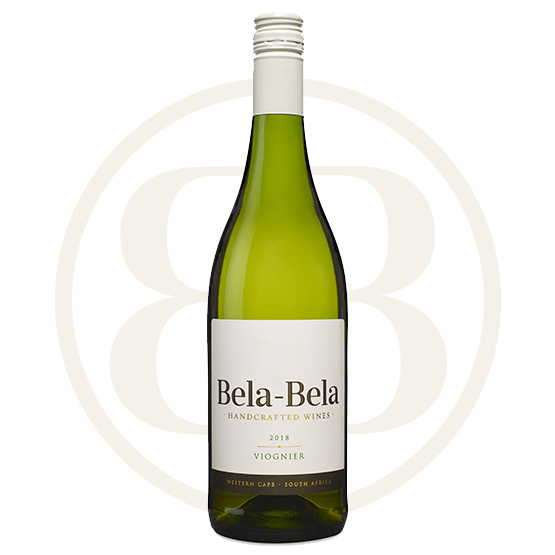 A white wine with lots of dried peaches on the nose,
along with a well – integrated touch of oak.

Fresh and fruity on the palate with a long finish. 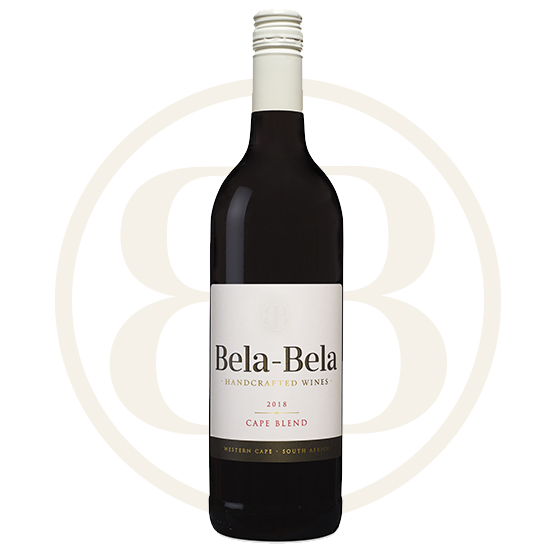 A red wine with ripe plums and cherries on the nose, along with touches of dark chocolate and coffee. Soft and well integrated tannins on the palate. 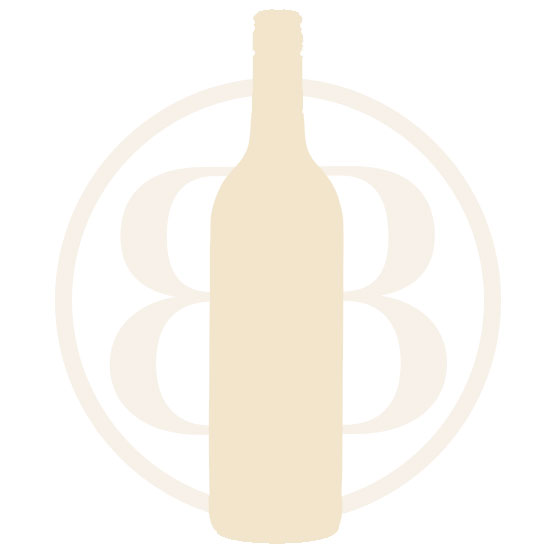 Bela-Bela Pinotage Rosé 2020 is a crisp and refreshing Rosé wine with bursts of fresh strawberries, cherries and roses complemented by a thirst quenching acidity. 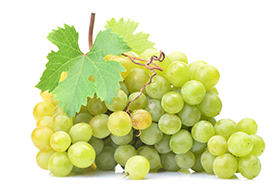 This is a white grape that is used to make both dry and sweeter wines. It is often called the chameleon of wines. Originally from the Loire region, she is sensitive to noble rot by the fungus Botrytis Cinerea. The high natural acidity of the Chenin Blanc grape ensures that the wines - even the dry ones - can age very well. They also benefit from aromatic complexity and velvety texture. That Chenin has so many possibilities, she owes to her beautiful acids. In the dry wines these acids provide a fresh playfulness. In the sweet versions, the acids keep the wine in balance. The grape is popular in South Africa and it produces by far the most, over 20,000 hectares. This grape is also known in Afrikaans under the name "Steen". 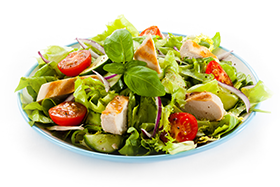 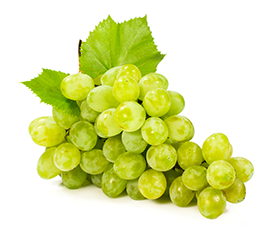 This white grape varietal is difficult to cultivate but can produce beautiful wine, not only in South Africa, we also know the grape from the northern Rhône region, especially the Condrieu. The Viognier grape is used by winemakers both in “mono-cepages” and blends. Viognier likes a dry and poor granite type of soil, the grape shows a good resistance to drought. Production per hectare is low. The wine has a golden hue and high alcohol content, it is also dry and has a typical bitterness in the aftertaste.

Because of its aromatic and fruity character, Viognier wines are very suitable to combine with spicy dishes. Like a Cape Malay curry, as in the picture, for example. The subtle floral scents and the absence of oak make the Viognier grape a pretty neutral wine that develops well in the bottle and lends itself to many dishes. 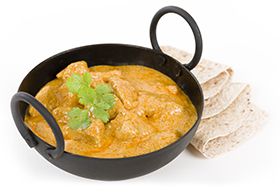 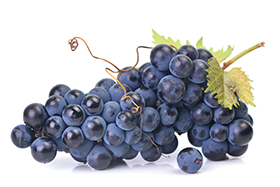 This is a blue grape, which originated from a cross of the Cabernet Franc with the Sauvignon Blanc grape. It originated from the Médoc, in the Bordeaux region in France, where it produces wines of great class. He needs a lot of warm weather to mature, otherwise he becomes green and juicy with a taste of green peppers. Too much heat makes it soft and jam-like, with a taste of black currants. Cabernet Sauvignon produces very aromatic wines with blackcurrant, vanilla, spices (pepper), tobacco, plum, cherry, toast and cedar. Usually the wines have a long shelf life, they have a lot of tannin. In general, the wines have a high phenolic content, they are purple (young) or dark red (old) and have a lot of strength and structure. The grape is often mixed with other species due to its spicy character. It is also called "the wine of kings". Here you want dishes that overflow with protein and fat to tame the tannins and combine with all the rich flavors of the wine.

Great to combine with meat like steak, ostrich, wild pheasant and duck. But also fleshy fish, which are not too greasy fit perfectly with Cabernet Sauvignon: such as tuna, swordfish and shark when grilled, will combine well. 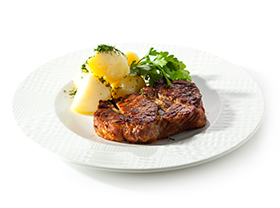 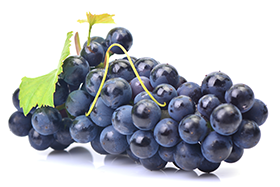 The pride of South Africa! This is a blue grape variety, typical of South Africa and was created in 1925 at the dept Oenology of the University of Stellenbosch, by crossing the Pinot Noir grape and the Cinsault grape (also called Hermitage). Only in 1961 did the name appear on a label for the first time. (The Lanzerac Pinotage 1959) The grape gives a high yield and is immune to all kinds of plant diseases, it has a preference for hills with a soil that can hold water on average to good. Pinotage wines can vary from light red fruity to firm, full, dark and spicy, with good acidity and tannins. Common characteristics of the Pinotage wines are raspberries and banana in the fragrance, complemented in the taste with cherries, plums and herbs. After the regularly applied wood bearing, the taste becomes more jam-like and wood and vanilla notes emerge. Often also with coffee and chocolate, as the South Africans often enjoy the Pinotage themselves.

Pinotage goes with the same kind of dishes as a more robust, rustic Pinot Noir: dishes such as smoked duck for example. The heritage of the Cinsault gives it a compatibility with Mediterranean ingredients such as peppers and aubergines, rustic French bistro dishes and fried pasta dishes such as lasagne. It is also a good wine to serve with a pizza, especially one with a meaty topping. It can also handle a fair amount of herbs, such as Indian curry, and it is more than its own with spicy barbecue sauces and chili con carne. In general it is then advantageous to serve the Pinotage a few degrees cooler than the ambient temperature. The lighter styles are popular with charcuterie, especially coarse pâtés and more robust styles of winter casseroles such as the one-pot South African “potjies” (especially with game). The lighter Pinotage is also a good match for hard cheeses such as Cheddar and even blue cheeses, especially served with fresh figs. The heavier Pinotage is perfect with classic South African braai: from marinated lamb to Cape Malay or Cajun-spiced fish. Like Zinfandel, Pinotage loves some chili and smoke. 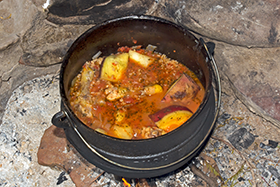